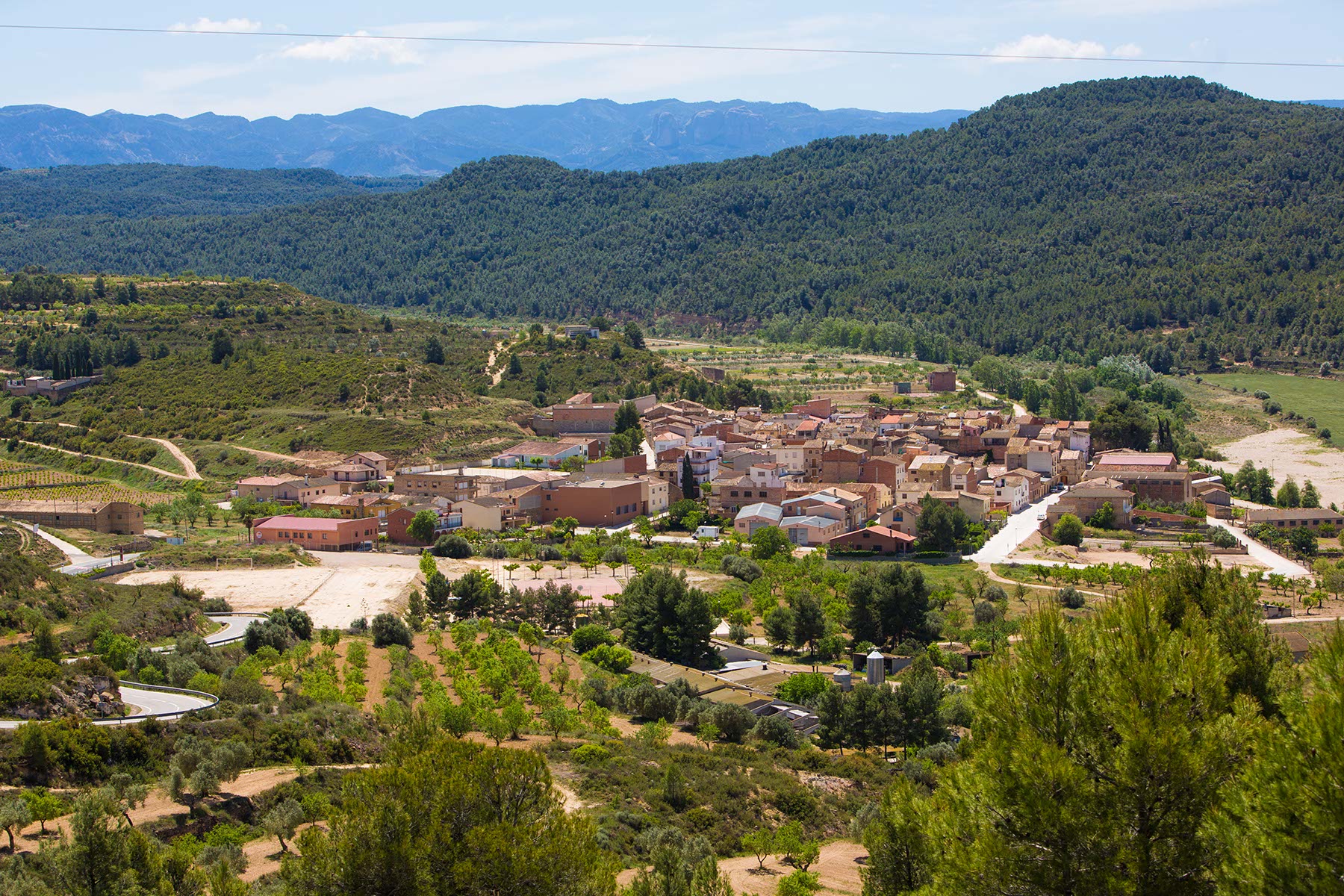 The beauty of the own natural places of the river of Algars is one of the appeals of this small populace of 350 inhabitants. At the northeast of his territory finds the saw of Botja and at the south, the of Pessells.

Caseres, the toponym of which according to the tradition has origin at the big abundance of hunting that there is at the term, the year 1153, when Miravet’s castle was given at the templers for Ramon Berenguer IV at gratitude at his fight against the sarraïns, belonged at Horta of Saint Joan. In the term of Caseres, no a lot away from the people, there is the core of Almudèfer, where still today can view the traces of the castle and the church of Saint Anna. Originally the place was occupied by the sarraïns and, later, the year 1280, awarded him card of populace. The century passed, Almudèfer incorporated definitively at the township of Caseres.

The parish church of Saint Anna commenced at constructing the 12th century. The rectangular nave is of Romance tradition and the apse is Gothic. It excels the portalada of arc of half point with dovelles framed and a guardapols toothed.
The Iberian village of the mount of Gesseres was occupied until the Roman epoch and was excavated at the beginning of the 20th century. The castle of Almudèfer finds on a small hill beside the river of Algars and has a curious cisterna excavated at the alive rock. Beside the castle finds the church of Saint Anna, of Romance style of transition at the Gothic, of which still conserve two arcs of diaphragm and the work renaixentista of the apse. At the interior conserves the image of stone of saint Maria Magdalena, of Flemish style.