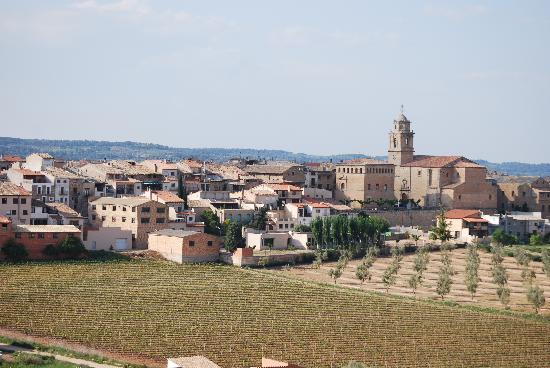 The charm of Arnes (550 inhabitants) comes from its special orography, in which mountains and plains coexist. The municipality is part of the territory of the ports of Tortosa-Beseit, and at the flat end is bathed by two rivers: the Straits and Algars, with corners of unique beauty as the Ullals de la Rosa, where they converge both currents.

To this must be added a historic center that has been declared of artistic and historical interest by the formidable medieval fortified town. Its history dates back to the 12th century, during the reign of Alfons el Cast, who conquered the lands bathed by the river Algars and the Matarranya. It depended on the order of the Temple and after its dissolution passed into the hands of the order of the Hospital. The town hall is the most characteristic building in the town and is perhaps the most beautiful in Catalonia, and one of the first in the Renaissance style. The magnificent building was erected in 1584 with squared stone, with semicircular arches on the ground floor and magnificent windows.

The parish church, dedicated to Saint Magdalene, is a Baroque building from 1693, built on the ruins of a Gothic church, the remains of which can be seen in Carrer de Sant Antoni. Arnes preserves the original structure of the medieval fortified nucleus around the castle. On the side of 9/11 Street, you can see the solid ashlar walls on the rocky ground. Nature is another of Arnes’s strong points and it offers delicious pools of crystal clear water for swimming. The Pimpoll and the Pi Ramut are two trees declared monumental, 27 and 31 meters high respectively, located in the middle of a natural place in the Port. Arnes offers the possibility of practicing various activities, such as canyoning or hiking, and is part of the route of the Via Verda.