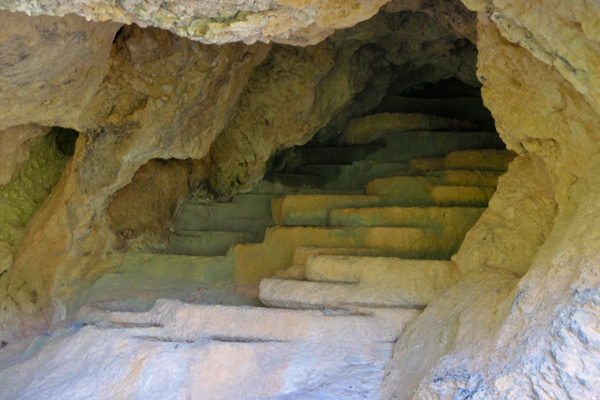 In the municipality of Horta de Sant Joan, entering through the Parc Natural dels Ports to the valley of the river Els Estrets, is the magnificent recreational area of ​​La Franqueta, located next to the river. From this point, there are different signposted itineraries of the natural park, including this one, of low difficulty but sufficient and very suitable to get an idea of ​​the natural and heritage environment of one of the most visited areas at the same time. how interesting of the Ports massif. In Horta de Sant Joan, be sure to visit the Picasso Center and the Ports Ecomuseum.

The proposed route leaves the recreational area of ​​La Franqueta. To get there from Gandesa, first go to Horta de Sant Joan, either to the south, passing through Prat de Compte on the C-43 road and then taking the C-230 on the right, or to the north. , by Bot via the TV-3531 road and then the T-334. From Horta de Sant Joan, take the T-334 road to the S until the junction with the T-330, which you take to the right (SW) in the direction of Arnes. Two hundred meters further on, turn left (S / SE) and take the 9.5 km paved track that leads to the starting point of the excursion.

0.00 km (554 m). From the recreational area of ​​La Franqueta, you start walking south along the track that leads to the Coll de Miralles.

0.50 km (595 m), 0 h 07 min. Shortly afterwards, on the left (NE), there are stairs made of logs that indicate the beginning of the path to the Picasso Cave. After the first meters of ascent there is an old lime kiln, buildings that were built where limestone outcrops could be found so that, through a long firing, the lime could be removed to use it as cement in construction. Sheltered by pines and holm oaks, you reach the left bank of the Estrets river.

1.60 km (570 m), 0 h 25 min. Having ascended the river, there is a directional sign indicating, on the right, the location of the Cave of the Fangs of Morago, a small balma popularly known as the Picasso Cave due to the stay that this renowned painter made there. in the summer of 1898. The main path on the right is recovered and the river Els Estrets is accessed, where there is a wooden bridge.

1.73 km (570 m), 0 h 28 min. Wooden bridge over the river of the Straits and track that goes up to the valley of Uixó. You have to cross it and turn left (NO) along this track, already returning to the recreational area. A little further on, turn right (NE) along a detour that leads to an old marble that has been restored in an exemplary manner (km 2.20, 570 m, 0 h 32 min). The interpretation panels explain how the marble blocks were extracted and you can also see the exact places where you worked and the marks left on the extraction work. Exploitation dates back to 1966 and was stopped due to opposition from the local population. Undo the access road and return to the track that goes down following the course of the river.

2.65 km (565 m), 0 h 38 min. Indicators towards the Quiquet farmhouse. Continue to the right (N) and, climbing a few meters, you reach this farmhouse, also magnificently restored, which serves as a social facility for different purposes. Closely linked to Picasso’s stay in the Ports massif with Manuel Pallarès, during August 1898, on the outside are panels that explain the evolution of the landscape in the Ports and two samples of the intense activity that it existed: a coal pit was reproduced, used to obtain holm oak charcoal, and a glue hole was also rebuilt. Glue holes were works intended for the extraction of pine glue, a material formerly used for waterproofing the hulls of ships and wine barrels.

3.00 km (570 m), 0 h 42 min. After passing by the Toni farmhouse, you can see the beautiful Franqueta farmhouse, the last inhabited farmhouse in the Parc Natural dels Ports. Continue down the path. 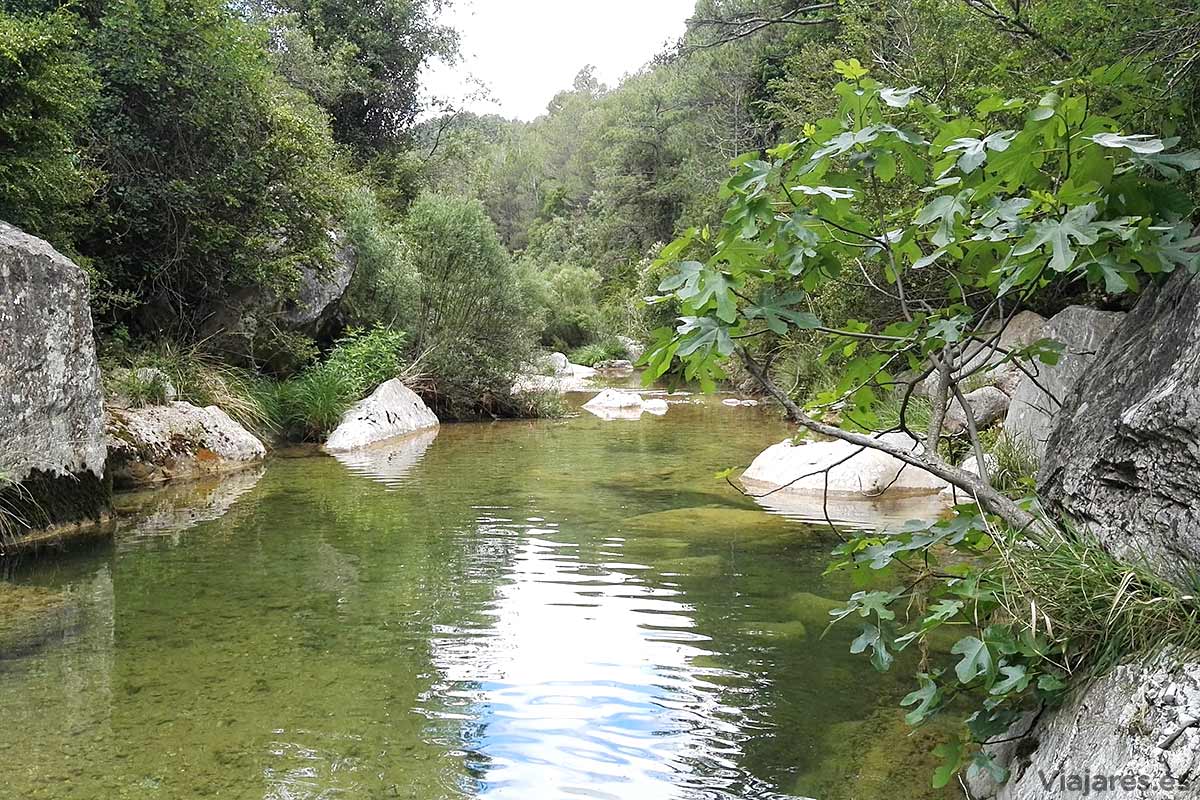