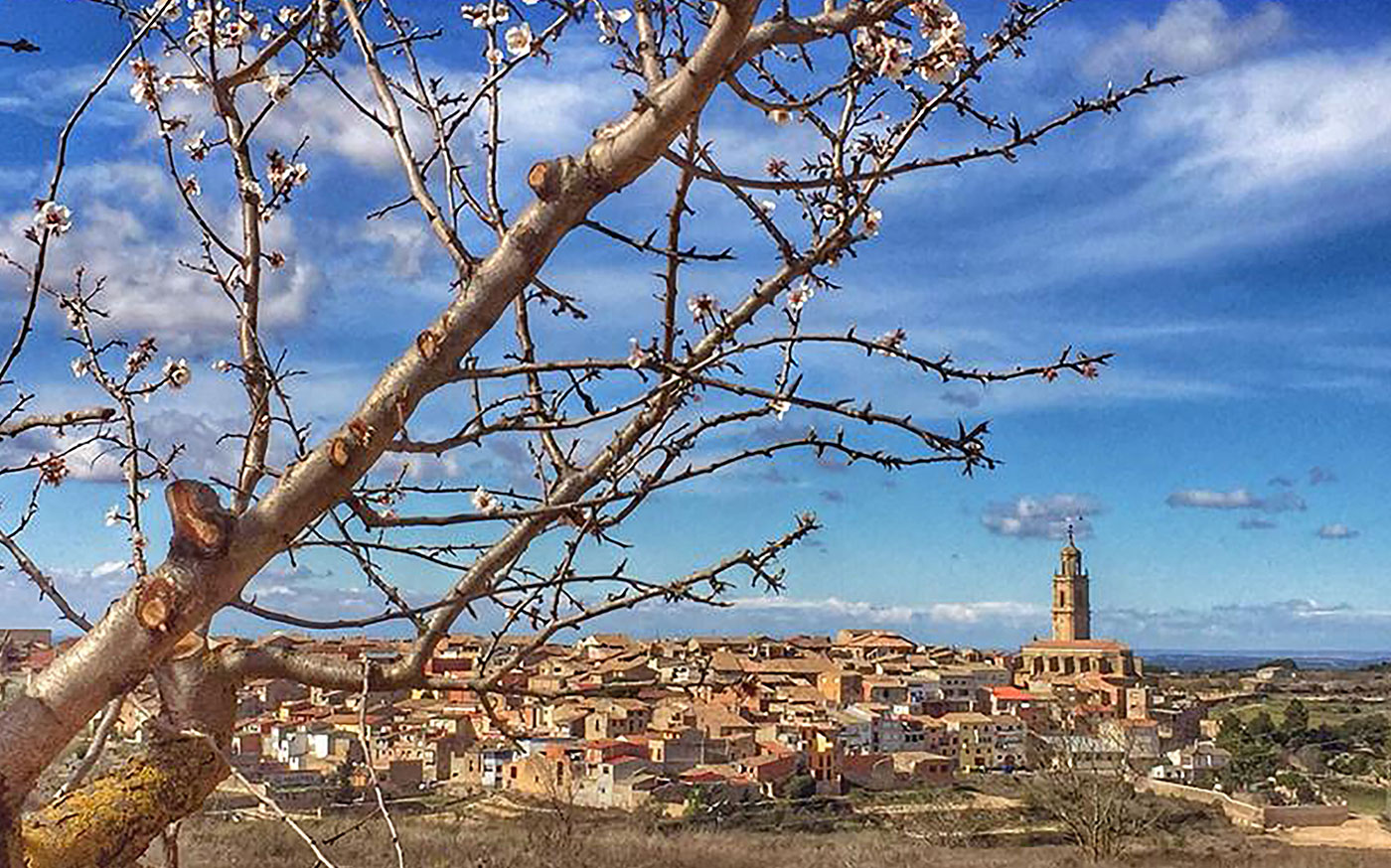 The municipality of Vilalba dels Arcs (750 inhabitants) is located in the Voravall valley and in some formations that belong to the Fatarella mountains. The whole territory is very rugged, as it is furrowed by ravines that carry water to the Ebro. From the Camino del Calvario you get an elegant and hieratic image at the same time, with the old walls and the entrance to the town in the foreground. It was inhabited in the time of the Templars and in the 14th century it became part of the Order of the Hospital. In 1224 he obtained the population charter. Towards the end of the 15th century, the Vilalba dels Arcs order was created. During the Reapers ’War, the town was attacked by mercenaries from the Castilian army. During the Carlist wars the town was fortified. In 1938, the republican front stabilized in Vilalba, in the place known as Quatre Camins. The church of Sant Llorenç, completed in 1705, combines Gothic, Renaissance and Baroque elements. Baroque features include the main façade and the slender 40-meter-high bell tower. In the past, Carrer Major was crossed by porches, on which houses stood; Casa Martell and Casa Coll, among others, are currently a sample of the interesting popular architecture. The chapel of Our Lady of Grace was the original church and was built in the time of the Templars. It was originally Romanesque in style, in transition to Gothic, although it underwent modifications. Today it is not used for worship. Another place to visit is Calvary, which is accessed by a winding and steep path. Surrounded by tall cypress trees, it houses the Baroque-style Chapel of Our Lady of Sorrows and the Chapel of Our Lady of Montserrat. Not far away are the old public laundries, called La Font, a good example of popular architecture.