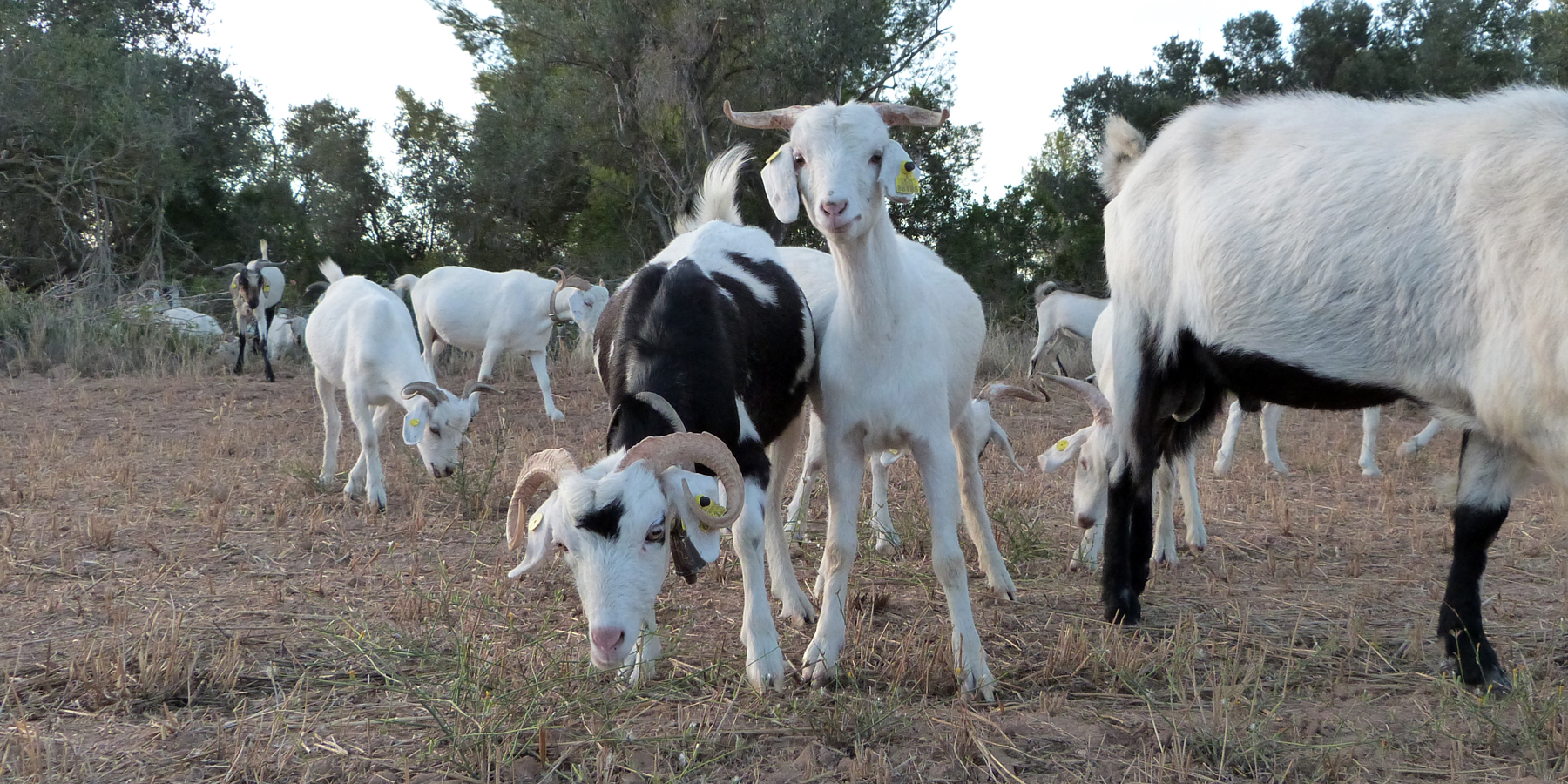 The Rasquera white is a breed of goat typical of several southern regions of Catalonia such as Baix Camp, Baix Ebre, Montsià (now extinct here), Ribera d’Ebre and Terra Alta. Its name comes from the Ebre municipality of Rasquera. thanks to the oral tradition it has been possible to establish that they already existed at the beginning of the first half of the 20th century. In the middle of the twentieth century there were about 30,000 copies, but now there are only about 5,000. The regression of the breed is pushing him to live in the more mountainous areas which is where they are best preserved. They are in serious danger of extinction because the twelve farms that still existed in 2005 are old and lack generational succession.