The Canaletes and the Algars are the most important rivers that bathe the region. These are typically Mediterranean rivers, with little or no flow that increase during the rainy season and throughout the winter. The main peculiarity of the rivers of the region is that with the erosion they cause the formation of points of extraordinary beauty, like waterfalls of the Ventador or Sotorres, the Pots of the Baubo or the hermitage of the Fontcalda, where the river flows through a series of vertical rock gorges known as Estrets de la Fontcalda. In the sanctuary of La Fontcalda there is a source of thermal water with water that rises to 25 degrees Celsius. The river Algars rises on the northern slope of the Mola de Catí and forms the dividing line between Terra Alta and Teruel. Arnes receives the waters of its tributary, the Straits, and near Nonasp it competes with the Matarranya. The Canaletes, about 30 kilometers long, flows into the Ebro, not far from Benifallet. In La Pobla de Massaluca we find the confluence of the river Matarranya with the Ebro. In this area there is the marina, an ideal place for fishing and water sports. 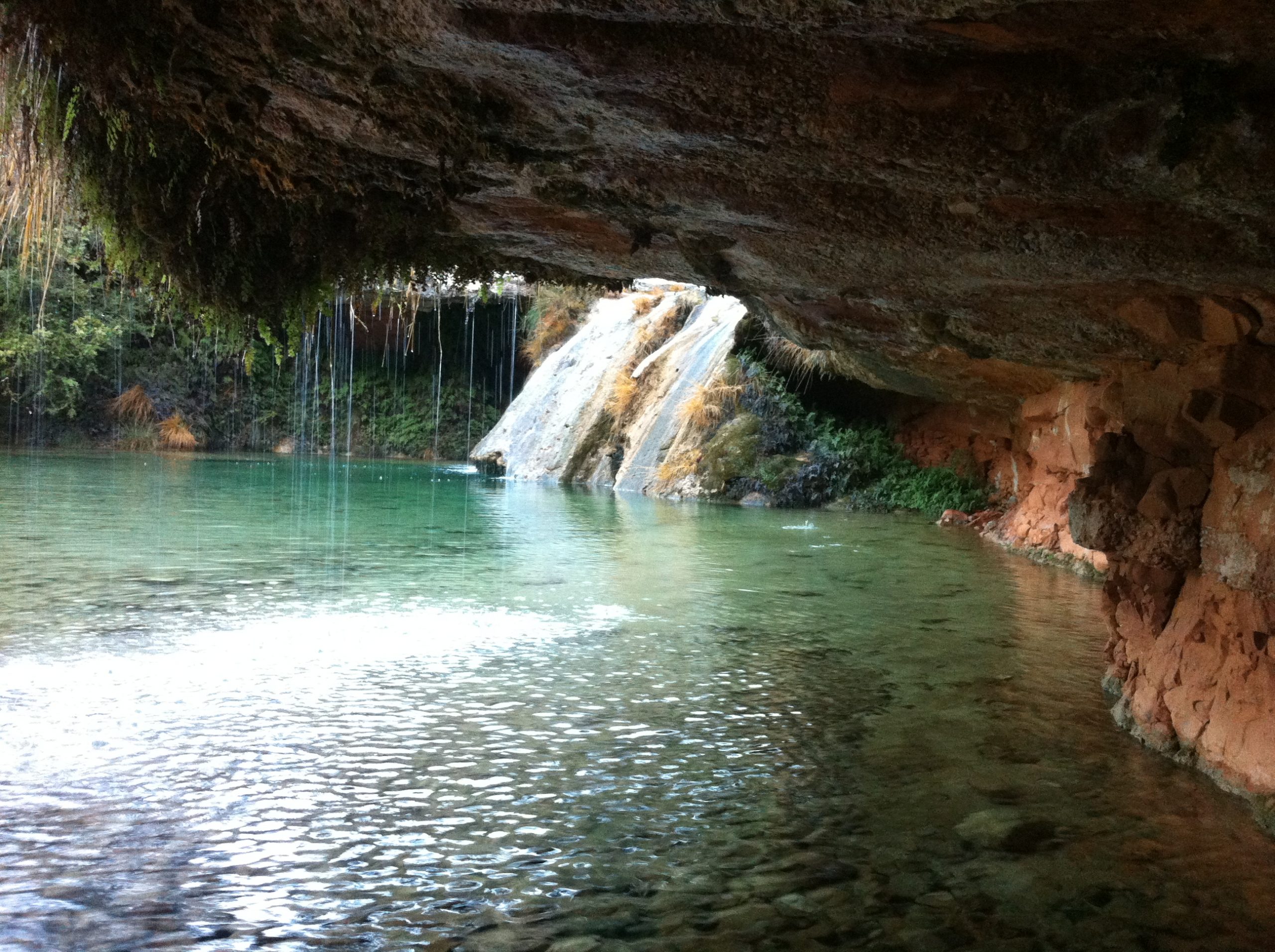 Terra Alta, from a bird's eye view, is an immense sea of vineyards, a landscape that, like that of the olive trees that also grow in the region, expresses the promise of the fruits of the land: the grapes and olives that l 'man, since time immemorial, has been able to transform into wine and oil, the two pillars on which rests the Mediterranean culture inherited from the Arab and Roman ancestors. Vineyards and olive groves star in the dry land crops of the Terra Alta and offer the visitor an infinite number of chromatic nuances: the tender green of the shoots of the vineyards becomes an intense green when the black and white grape carnations that turn towards the 'indigo or golden as they mature; the redness of the vines announcing the harvest; the silver green of the olive leaves; the olive greens; the ochres of the land sacrificed in cultivation and the golden reflections at dusk, when the orange is usurping the clear blue of the Highlands in the sky. 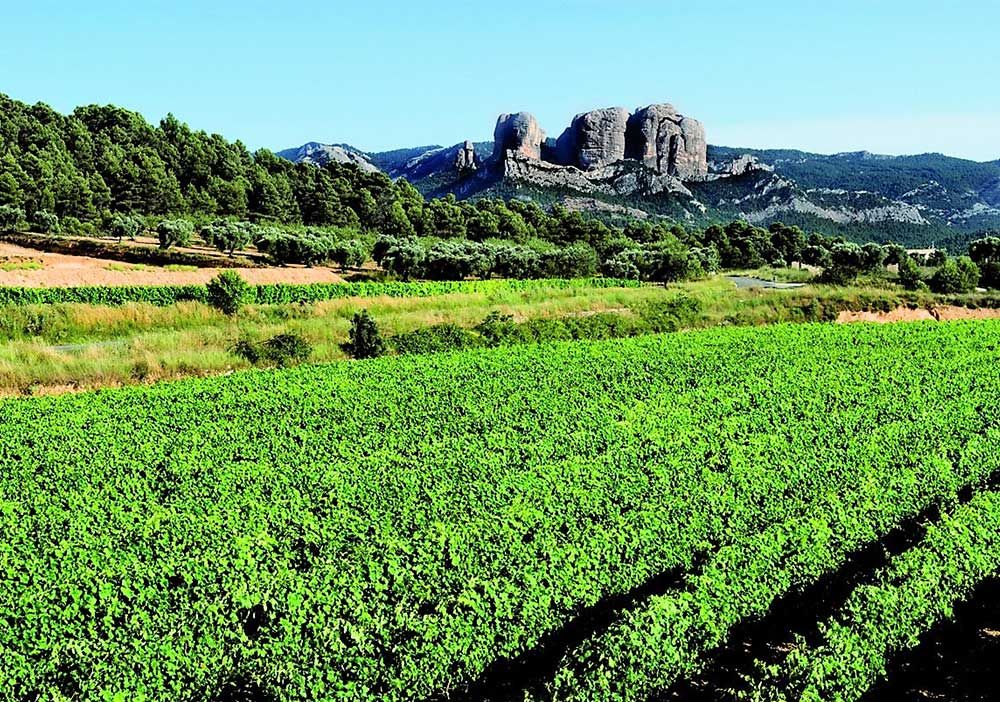 The geological heritage of the Terra Alta is unique in Catalonia. Its prominence in the characterization of the natural landscape and the evidence of the relationships between the type of rocks, the structure of the relief and the distribution of the drainage network with human activities, defines a regional physiography that, due to the spectacularity of some places, has clearly influenced art and culture. The quantity and great quality of the outcrops of the different geological units present in the Terra Alta make this region an exceptional area to study the lithological, sedimentological and structural characteristics that have shaped its physiography. 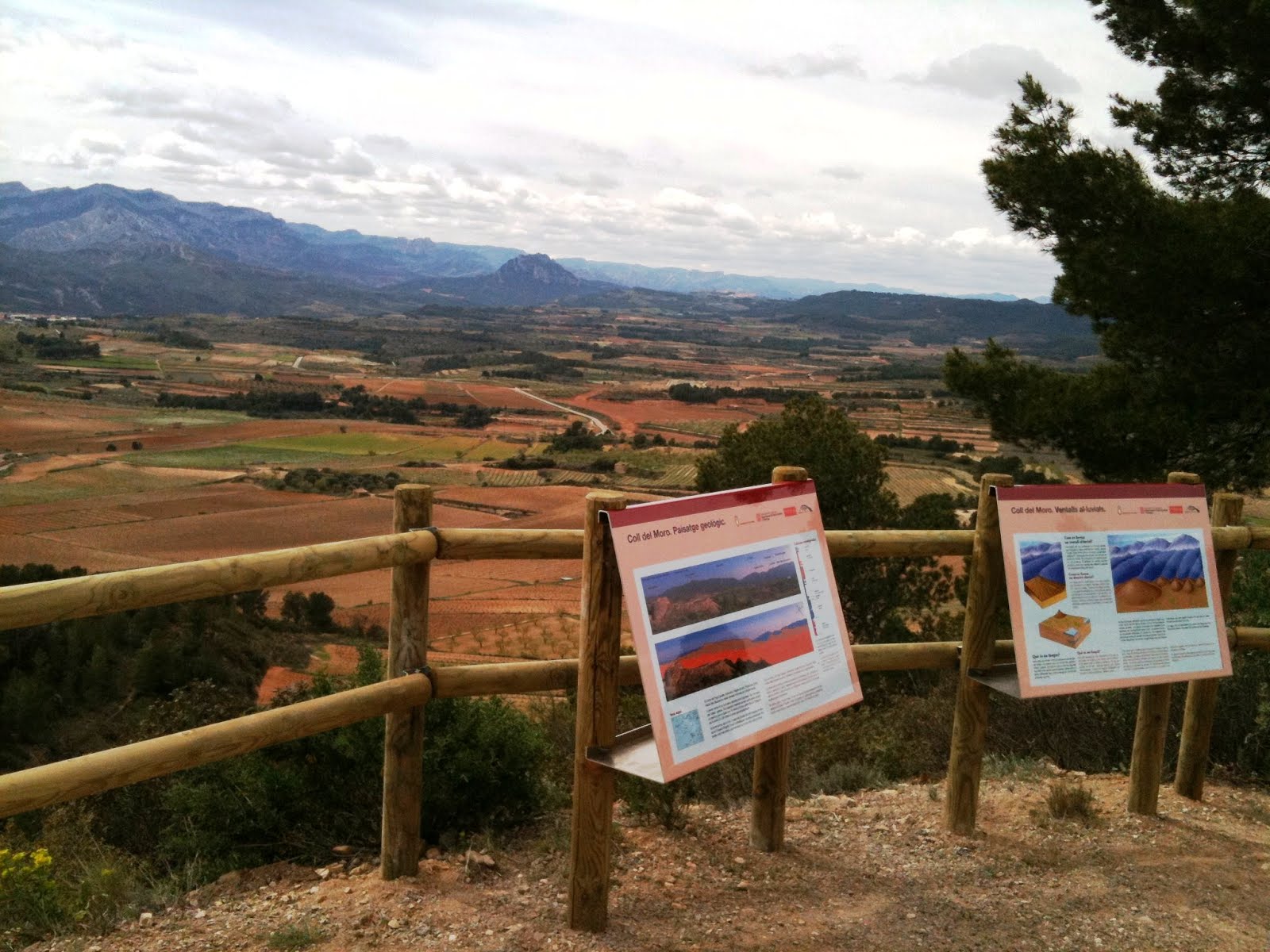 Located between the Canaletes and Sec rivers, which extend to the northeast the ports of Tortosa-Beseit, they are mountain ranges with formations of great landscape value, with water currents and deep gorges. Wild goats from the ports, today a natural park, are the main wildlife value of this enclave. These two mountains witnessed one of the bloodiest episodes of the Spanish Civil War: the Battle of the Ebro. Remains of trenches and other materials can still be found there. The Pàndols mountain range is steep and is cut by deep cliffs that converge on the Canaletes river. There is the hermitage of Santa Magdalena (Pinell de Brai), with a recreational area and a fountain. A little further up, at elevation 705, is the Monument to Peace, promoted by the so-called “fifth of the bottle" and dedicated to all those who took part in the Battle of the Ebro. The highest peak in the Pàndols mountain range is Puig Cavaller (Gandesa), 709 meters high. From this point you can enjoy a wonderful panorama of the region, the Ebro delta and the ports of Tortosa-Beseit. The Sierra de Cavalls separates the terms of Pinell de Brai, Gandesa and Benissanet. At the foot of the mountain range is the hermitage of Santa Madrona (Corbera d’Ebre), from the 18th century, which forms a group of chapels and houses with a small bell tower and, next to it, a source of abundant fresh water. It has a barbecue, tables and a children's playground. 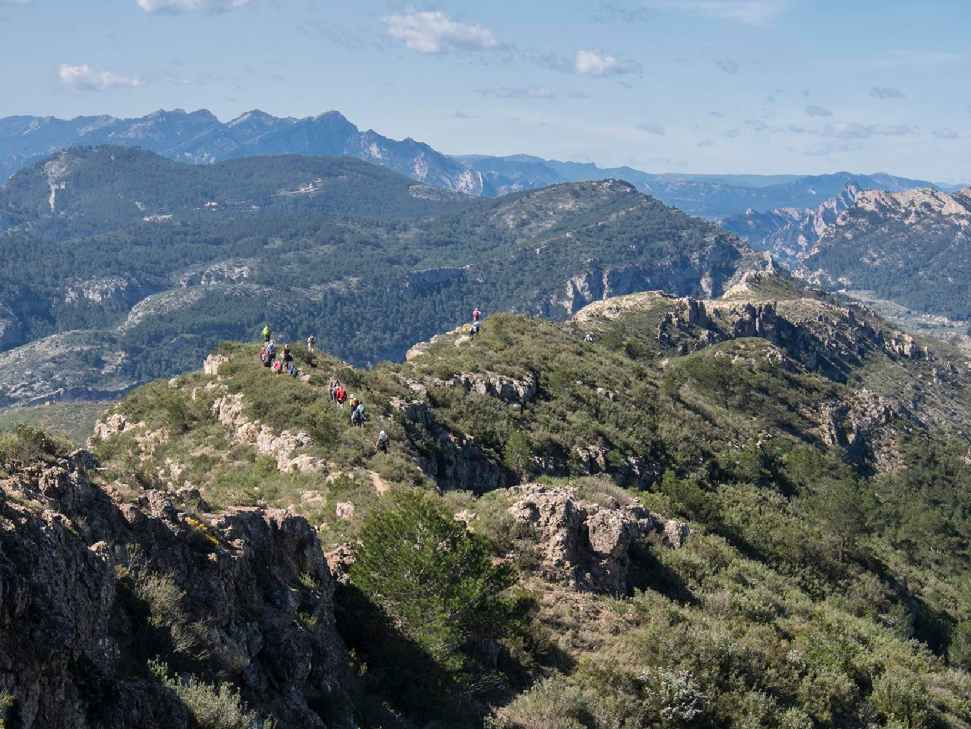 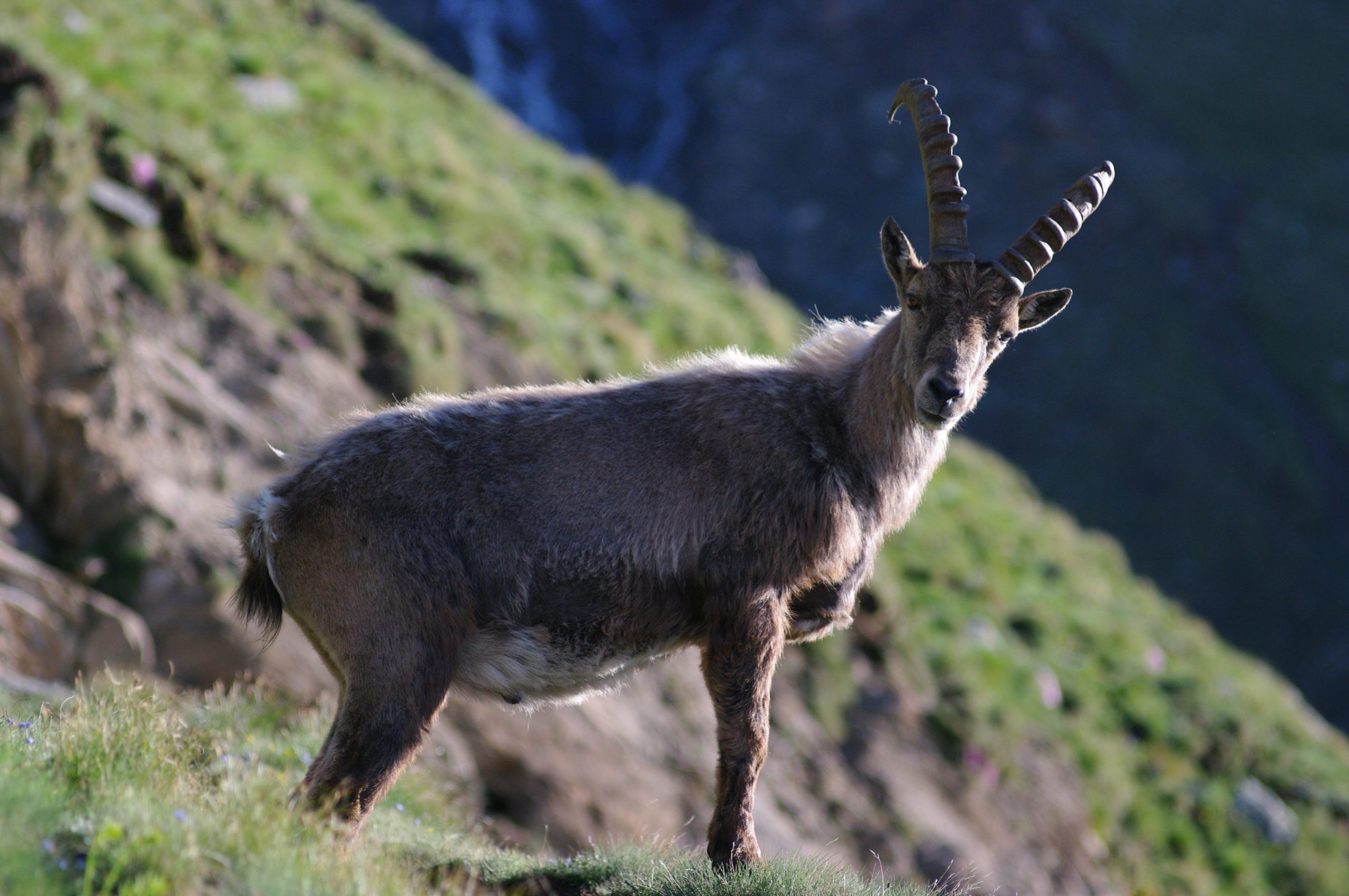 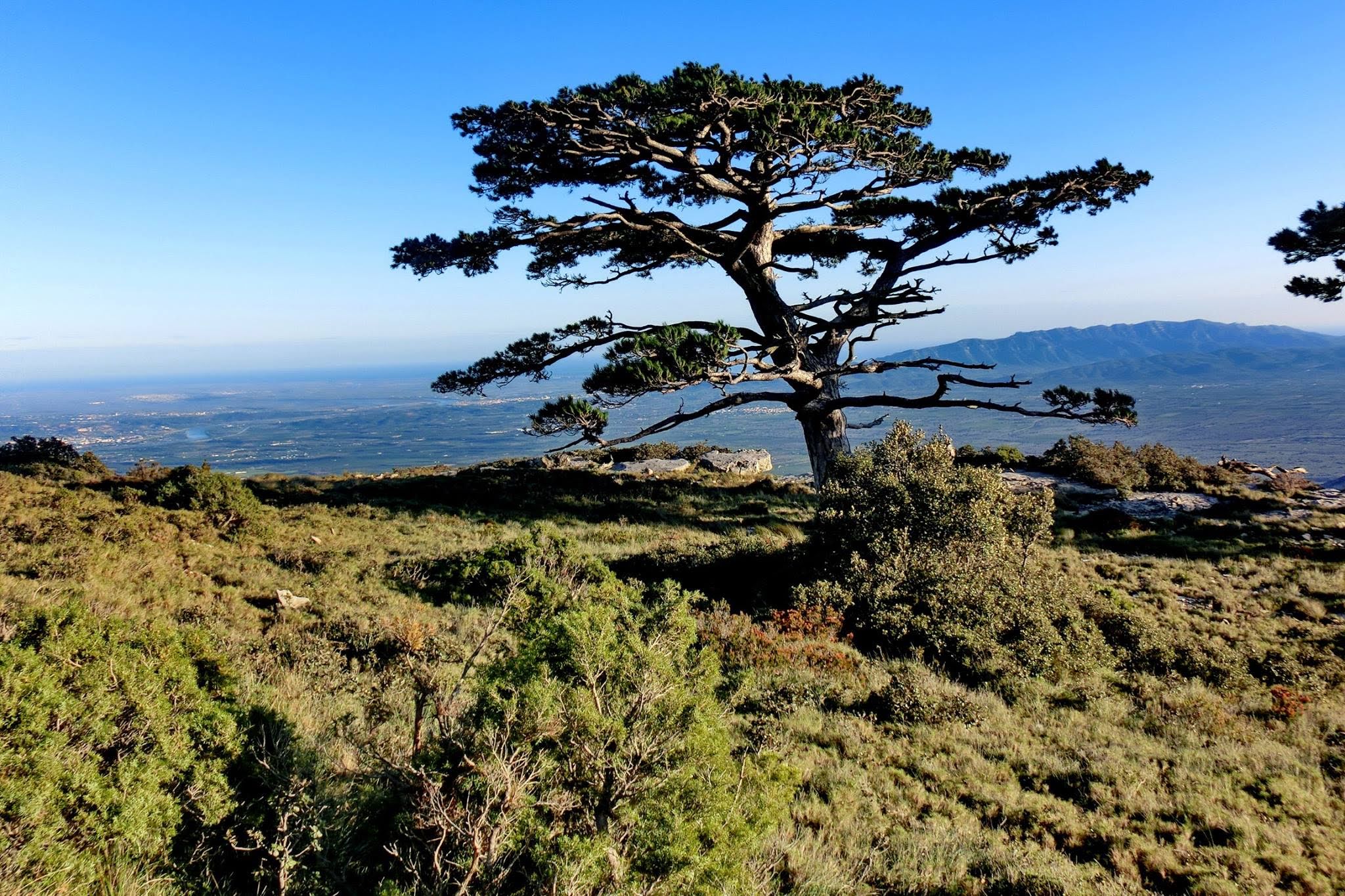 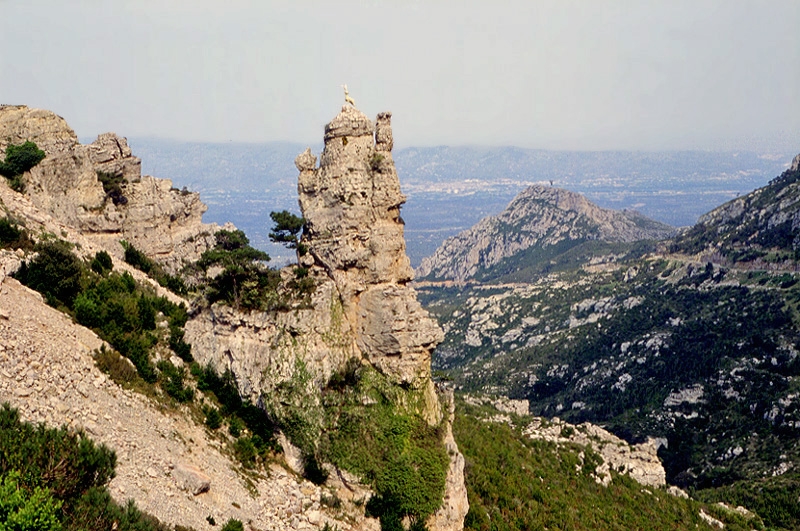